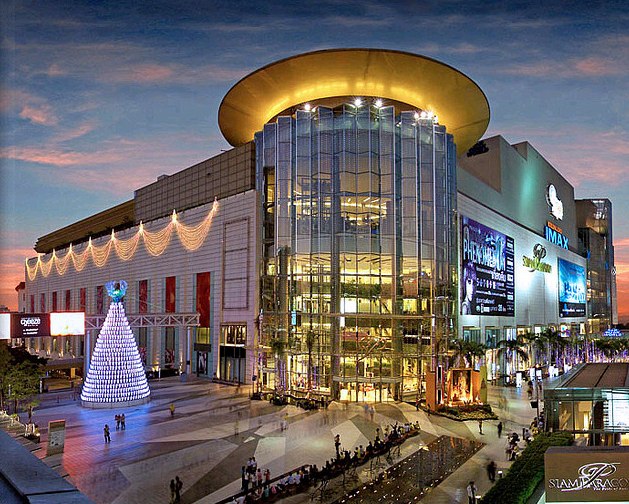 The makers of Instagram, the popular online photo sharing service owned by Facebook, announced today that the world’s most Instagrammed location is Bangkok’s Siam Paragon megamall. (As it turns out, I’ve been to seven of the top ten most Instagrammed locations on the planet. And while I’d like to see more of number ten — New York’s version of The Beltline, called the High Line — it’s unlikely I’ll ever be in LA’s Staples Center or Dodger Stadium.)

I have a love/hate relationship with Siam Paragon. For all its pristine whitespace and sprawling vistas, it is, in the end, a mall. And as I’ve written before, Thailand’s mega-malls are like American malls on steroids and speed: bigger, louder, more intense. The noise level alone is an assault on your sanity: chattering teenagers, screaming babies, flickering promotional screens, roaring fountains, buzzing neon, pleading vendors.

But Siam Paragon is also a hall of wonders. More than once, I’ve marveled at the line outside Louis Vuitton, where locals wait patiently for the privilege of being ushered (well, escorted, really, by a fierce-looking security detail) past high-dollar purses and scarves. I’ve seen an elaborate dance routine there,  performed by a small army of Thai people dressed as velveteen dolphins, whales, and manta rays. I saw my first 4D movie there. And I defy you to find any food court like Siam Paragon’s Gourmet Market, where the clattering and chattering are such a force of nature you can barely taste your lunch.

What charms me most about this story, though, are the contents of the Siam Paragon Instagram photos themselves. There are a few inevitable product shots, but, by far, the photos are of people: friends holding hands, young people clowning around, Thai boys flashing the “peace sign,” students mugging for the camera.

I see these photos as a glimpse into the mindset of the people in the world’s most Instagrammed location. Despite being immersed in a gaudy retail environment, what mattered most was the human connection: “I was here. I was with people I love. And someone cared enough about me to take my picture.”