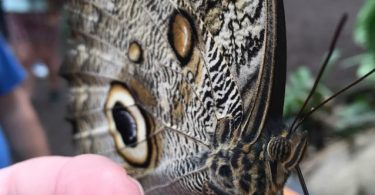 Want to have a great time in Quito? Save time and effort when planning your trip by taking...

Airport Taxis. From the airport, take a metered, legal taxi to your hotel (do not take rides offered by non-licensed drivers), or arrange a transfer in advance via Latin Adventures. (If you take my advice and stay at Casa El Eden, they can arrange transport for you, too.)

Our one-way private transport for two cost us $30 USD. Be aware the airport is twenty-five to forty-five minutes from the Old City, where most tourists will want to stay.

Metered and Unmetered Taxis: Both metered and unmetered taxis can be unreliable. More than once, drivers in metered taxis dumped us in locations nowhere near our agreed-upon destinations. By contrast, we had good rides in unmetered taxis (though these were arranged for us by our hosts at Casa el Eden).

If you do ride in a taxi, monitor the ride with your phone's mapping app. If you aren't near your destination, don't get out, even if the driver insists you're where you're supposed to be. Many restaurants and businesses employ their own private fleet and will send a car to you if you call in advance.

City Busses. Avoid taking the crowded Trole, Ecovia, and Metrobus lines, which are overpacked with locals and a haven for pickpockets. I know more than one person who lost a wallet to the skilled fingers of the criminals on these busses -- and with many other options available, why risk it? 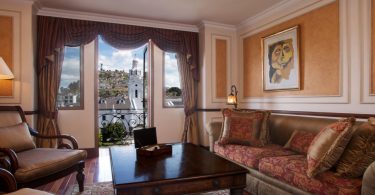 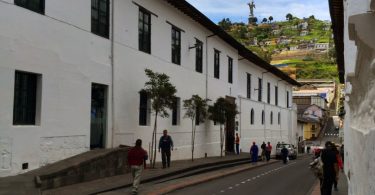 For the first time ever, we’re waking the narrow streets of the Old City in Quito... 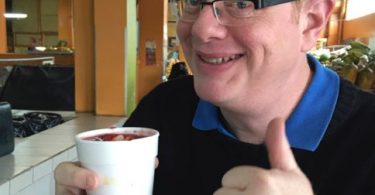 On our first day in Quito, we book a walking tour of the Old City through ToursByLocals.com. He is...

Use Local Guides. While in Quito, we worked with two tour companies -- one we can recommend, and one we cannot.

I cannot say enough good things about about the wonderful folks at Latin Adventures. We worked with Diego, a smart, quick-thinking, and flexible guide we highly recommend. His walking tour of Rocafuerte Street and Capilla Del Hombre was one of the highlights of our trip, and the day trip we took with him to nearby Mindo remains one of my fondest memories from Ecuador.

We did not have a good experience with our local guide we found though Tours By Locals, who turned out to be neither local nor much of a guide. We excused ourself from his company about half-way through our tour, and recommend you avoid this vendor in this city. 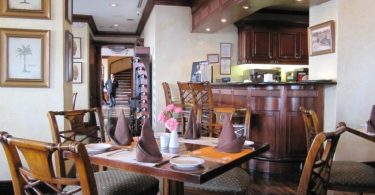 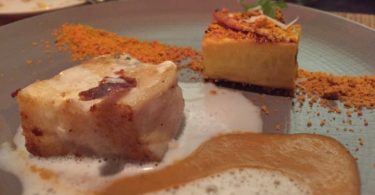 After a long day of touring, we’re snagging a quick Valentine’s Day dinner at... 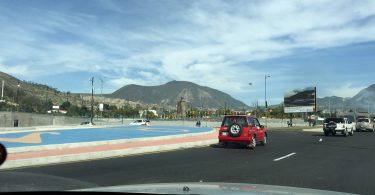 Mitad del Mundo (“The Middle of the World”) is a Disneyesque park built right on the equator...

I’m not sure what to expect from a “butterfly garden,” but Diego, our excellent... 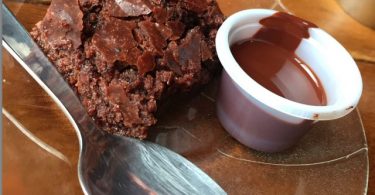 Any tour that starts with a shot glass full of liquid chocolate is a good tour. And that’s how... 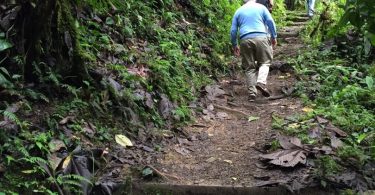 I am two hours into a hike to Cascada la Reina, “The Waterfall of the Queen.” The...

Safety. The Internet and old guidebooks abound with horror stories of theft, kidnapping, and violence in Quito. But with tourism becoming a major industry by 2013, things changed quickly. Most streets are quite safe during daylight hours, particularly those around major tourist attractions. In today’s Quito, most crime is opportunistic. In crowds and near major tourist sites in the Old City, watch your pockets. Don’t wear gaudy jewelry or wave your iPhone around.

Be aware streets at higher elevations, particularly at the top of the hill on Rocafuerte Street, remain sketchy. No matter how in-shape you are, do not attempt to walk up the hill to The Virgin of Quito at any time of day (though the site itself is perfectly safe).

The area around Plaza Theatro (and between Plaza Theatro and La Ronda) can be dicey at night, with (legal!) prostitutes and shady characters lingering on the street corners. Most folks will prefer to travel by taxi at night.

Altitude Sickness.I worried a lot about altitude issues in Quito, but didn’t have any problems. Different people respond differently, but if you’re in reasonably good health, I don’t think you’ll find the thin air challenging at all. You will get out of breath quickly when climbing hills or stairs, but otherwise, you’ll be fine.

Spanish Spoken Here. There’s not a lot of English spoken in Quito. The Google Translate app for your smartphone is your friend. Did you know that it can listen to a conversation and repeat aloud the Spanish it hears in English … and the English in Spanish? Or that you can point the Google Translate camera at signs in Spanish … and see them magically translated into English?

Prescription Drugs. Virtually any prescription drug you’re taking is available — with no prescription needed — from any of the hundreds of pharmacies you’ll pass on the street (at much lower prices than the very same medicine will cost you in the States, even with your insurance company’s “discounts”).