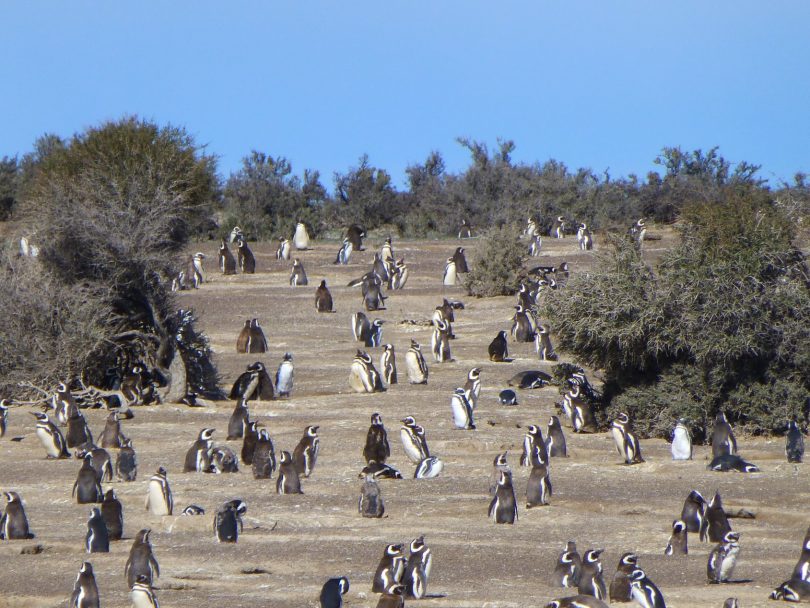 They wander the beach and the hills beyond: thousands and thousands of penguins, in town to mate and molt.

It’s like an episode of _The Walking Dead_ — but with penguins instead of zombies. They shuffle. They lurch. They stare. They sneeze. They make forlorn noises, like donkeys tooting those annoying New Year’s Eve whistles that unroll like long tongues when you toot them.

We snagged a ride with a local, who sped us there at eighty miles an hour, driving on the left as often as on the right, getting us there ninety minutes before the bus loads of tourists from our ship arrived. We had the beach to ourselves: just us and penguins as far as the eye could see.