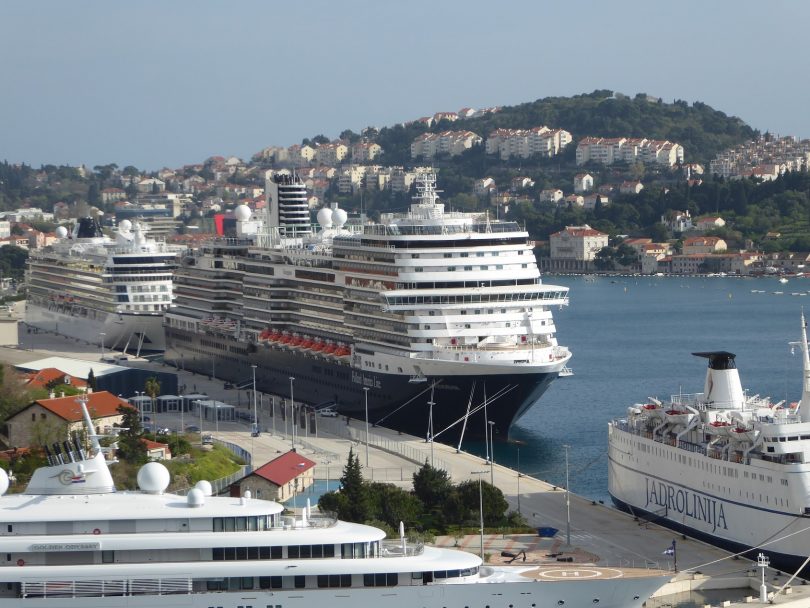 A while back, I signed up for NextDoor.com, a social network that, in theory, helps neighbors connect with neighbors.

On the surface, that sounds like a good idea, doesn’t it? But, over several months, apart from one individual who I suspect is compensated to do so, none of the enthusiastic new members seemed much inclined to connect. One guy asked for a recommendation for a plumber (others directed him to Angie’s List) and one woman, like clockwork, posts every police incident she hears of within a twenty-block radius of her home.

Social media and online groups can do a great job of crowd-sourcing your restaurant selections. (When the question is “What’s for dinner?”, the answer is almost always, “Ask UrbanSpoon or Yelp!“) Online shopping makes it easy to find books or videos you’ll enjoy, or that others like you have enjoyed. And I know from personal experience that online services can do a very effective job of making sure that the only news you ever hear is news that confirms, but rarely challenges, your world view.

But when it comes to neighborhoods, I’m convinced that real-world engineering — how the spaces we live in are constructed — is the primary factor in whether or not we know our neighbors. The second factor? Having unplanned free time.

This idea came to me during our last cruise to Norway. Why is it that, on a big boat full of strangers, we meet more *new* friends in ten days than we meet in months in Atlanta? Two reasons:

1) The space we’re in encourages interaction. Apart from your cabin, a ship surrounds you with public spaces deliberately constructed to encourage the sort of regular, serendipitous encounters that prompt people to interact. There’s a bar, with tons of open seating, around every corner. There’s a dining room that plops strangers together  at communal tables. There’s limited space, so you come across the same people again and again … and, eventually, you nod and smile because it feels so good to see people you recognize.

At home, we frequently complain that we don’t really even know our neighbors. Could this be, at least in part, because the building we live in is designed to channel us into hallways and carry us, via elevators, as efficiently to our private little boxes as possible?

It has me wondering … what if everyone had to come in through a big, pleasant communal space? What if that mythical lobby were big and expansive, full of trees and plants and water features, and loaded with small, randomly-spaced seating, with tables that would support a nice meal or a game of cards? What if, instead of a monthly pool party attended mostly by the same set of 30-somethings over and over again, we booked a rotating schedule of entertainment and light snacks into that public space — something for everyone, including things that might surprise us?

2) We have unplanned time. With no agenda, we drift. A sudden invitation for cocktails at 6:00 can be accepted, because there are no hard and fast plans for later in the evening. Instead of packing every minute with activities, being on board a cruise ship for a long time encourages you to decompress … to sit … to browse … to wander. When many people do that, good things happen.

Here, we’re over-scheduled and over-worked. It’s hard to slow down. It’s easy to fill every free minute with the seductive chatter of the online world: to tweet, to check in, to create a Facebook post. We’re always busy, and we feel a little guilty, I think, when we have unplanned hours — so we feel obligated to fill them with something, even if that something is just watching t.v.

Now, online communities *can* bring people together — if they have a) shared interests and b) a bias toward actually meeting in the real world.

CruiseCritic.com is a great example. Prior to the cruise, we chatted with a handful of lovely people who were united by just two things: they were going to be on the same ship at the same time … and they *wanted* to meet other people. The online component actually facilitated real-world interaction … and that, ultimately, is what I think is missing from Facebook, Twitter, and even NextDoor.com. Those platforms facilitate an exchange of information … but the goal of all of these systems is, ultimately, to keep you on the system — not encourage you to put your iPads down and meet each other.

I’m interested in ways architecture and technology can help us find and forge meaningful, real-world connections — how the online world can provide for lucky, unplanned interaction between people with shared interests … and then, critically, bring them together in the real world.

WIthout equal emphasis on both those things, I think all the NextDoor.coms of the world can achieve is “pseudo-connections” — people who mistake the attraction of staring into a flickering screen for the genuine joy of looking into another person’s eyes.