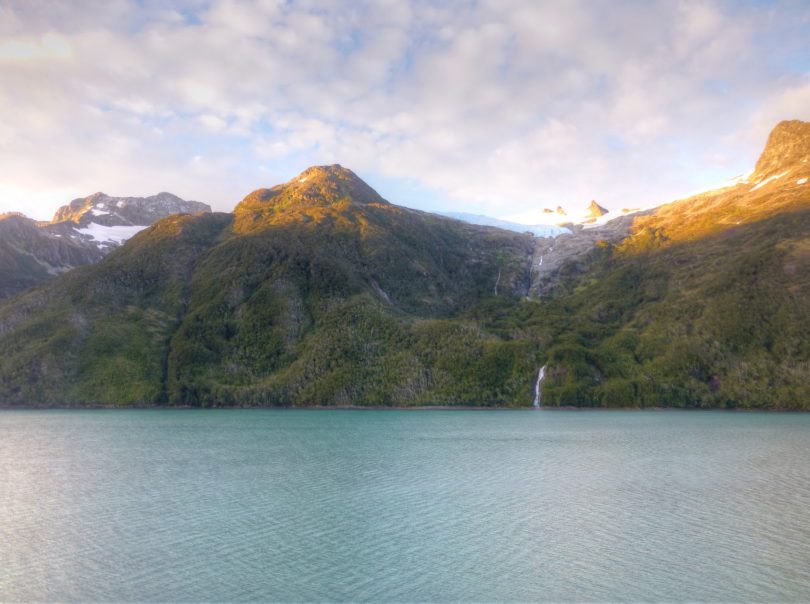 I am looking at a naked man.

He is crouched on the ground, his arms wrapped around his knees. His black hair is styled in a bowl cut. He has a wide, broad, honest face without a hint of shame or dishonesty. He is petite — no more than five feet tall — and looks at least two decades older than the twenty-nine years he claims.

We’re in Tierra del Fuego, his family home. The landscape — lush, rocky, windswept — is a jaw-dropping mix of constantly changing skies, azure mountains, and scrubby, ankle-height underbrush. Behind me, a harsh, icy wind whips the surface of a silver lake into a tiny sea of white capped waves. His people lived here, wandering this wilderness and eating fish from these waters.

They lived stark naked, defying the cold by maintaining plentiful, persistent bonfires. When Magellan and other explorers sailed through and saw the beaches, valley, and mountains dotted with flames, they called the region “Terra del Fuego,” or “Land of Fire.”

This naked man and his people lived here for 6,000 years. Within fifty years of the white man’s arrival, the entire tribe was extinct.

Most died of smallpox or other European diseases to which the local people had no resistance. Shamefully, bounty hunters, paid by the head, finished off the rest. Now, these people — and this man — are merely memories, preserved in grainy photographs like the one in this museum.

Our day goes on. We walk the beaches. We ride a catamaran through the Beagle Channel, meeting fur seals and colonies of seabirds along the way. We pose for a photo at the sign that notes the distance between this end of the TransAmerican highway and the other, in Alaska. We watch the sunset in Ushuaia, the thin strip of town that hugs the waterfront in this part of Argentina. We have a pleasant day, a sweet afternoon, a good time.

Later, though, it is the portrait of this little man that haunts me: crouching on the earth his family has considered home for six hundred centuries, unable to imagine how quickly his world is changing.